It was a great night on Monday at the Junior Social.
Here are some highlights from the evening. Video work and editing by CJ and James.

Posted by Tamaki College at 5:23 PM No comments: Links to this post

Babylon Riddim Finishes up in Style...

These photographs were taken by Elena who along with another women Shirley are the two coordinators of the Smokefree Pacifica Beats Music Competition.

The photographs were taken at the conclusion of the bands two and a half day video recording session during the weekend. The video and its accompanying sound track “Reggae is my Heart” will be released in May.

All seven band members attended gave a 100% effort throughout this period.

The photographs depict the closing few shoots of the recording on Sunday evening. The site was the top of Mount Roskill and we could not have had a better sunset backdrop. It was only by coincidence that the recording was on Anzac Day. The Christian cross is only visible for Easter, Christmas and to our surprise Anzac Day. Nobody was expecting it to come on, but it really made an excellent prop to be able to work with.

Posted by Tamaki College at 11:28 AM No comments: Links to this post

Come and check out the sports page for the photographs of the action from the 1st 15 first match of the season...
Posted by Tamaki College at 9:18 AM No comments: Links to this post 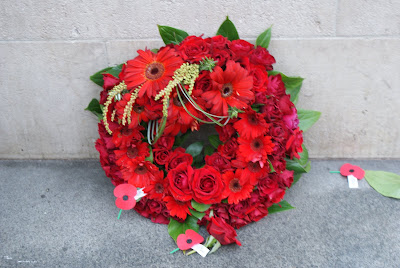 We had an early start this morning here at Tamaki College. A group of senior students had a trip to the Auckland Museum for the Dawn Service for Anzac Day.

The Anzac Service was something that I had always wanted to attend.
Finally when I got the chance I jumped at it, and I knew a lot of others would too. Being there, at 4:30 in the morning, listening to the speeches and honoring those who lost there lives at war, words can't explain the feeling you get. It was just paying your respects, it was about remembering and giving thanks.

Presented by Joel
Video camera work by Peni.
Posted by Tamaki College at 2:40 PM No comments: Links to this post

We had our Anzac remembrance ceremony here at Tamaki College today. We had readings and slide shows in the auditorium then the whole school went out by the flag poles. The Service Academy students marched to the flag poles and put the flags to half mast while David played the Last Post. A wreath was laid on our sculpture, Emerging Life, by Christine, Leon and Wally. It was a moving ceremony to remember the sacrifice of those who fought at Anzac Cove and all the wars since.

With proud thanksgiving, a mother for her children
England mourns for her dead across the sea,
Flesh of her flesh they were, spirit of her spirit,
Fallen in the cause of the free.
Solemn the drums thrill: Death august and royal
Sings sorrow up into immortal spheres,
There is music in the midst of desolation
And glory that shines upon our tears.
They went with songs to the battle, they were young,
Straight of limb, true of eyes, steady and aglow,
They were staunch to the end against odds uncounted,
They fell with their faces to the foe.
They shall grow not old, as we that are left grow old:
Age shall not weary them, nor the years condemn
At the going down of the sun and in the morning
We will remember them.
They mingle not with their laughing comrades again,
They sit no more at familiar tables of home,
They have no lot in our labour of the daytime,
They sleep beyond England’s foam.
But where our desires and hopes profound,
Felt as a well-spring that is hidden from sight,
To the innermost heart of their own land they are known
As the stars are known to the night.
As the stars shall be bright when we are dust,
Moving in marches upon the heavenly plain,
As the stars that are starry in the time of our darkness,
To the end, to the end, they remain.
Posted by Tamaki College at 6:32 PM 1 comment: Links to this post